In the late 700s, the modern-day Kyoto replaced Nara as the new capital of Japan, which marked the beginning of the Heian period. With the development in the city, the emperor ordered to build two temples in the east and west sides of the city. The Toji Temple stands in the east and the now defunct Saiji Temple used to grace the west side. These temples served as the capital’s guardian landmarks and a place for worshipping and offerings. To this date, To-ji Temple, which literally means “East Temple”, remains one of Japan’s most important UNESCO World Heritage Sites.

Thirty years after its establishment, the temples went through a lot of developments, specifically in its architecture. Kobo Daishi, the appointed head priest of Toji at that time, built large wooden buildings that still towers over Toji until now.

If you want to tour around Toji Temple, here is a list of things that you definitely have to check out: 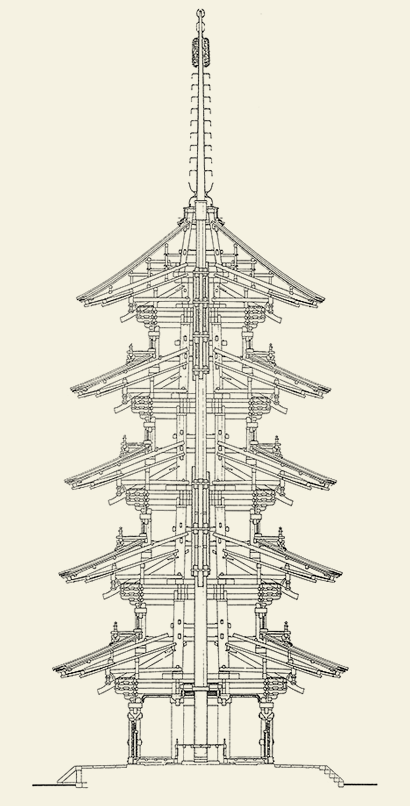 The five-story pagoda of Toji Temple towers in the right-corner of Nandaimon Gate. The structure contained relics of Dainichi Nyorai, which in particular, is a form of the historical buddha himself.  It was first built in the 9th century and its restoration began in 1644.

Specifically, the pagoda of Toji Temple measures 55m (187 feet), which makes it the highest pagoda in Japan. The artisans designed the pagoda in ways that allow it to withstand strong earthquakes. The interlocked wooden levels of the structure move independently, which can absorb and decrease an earthquake vibration.

The Kondo hall is the biggest structure of the temple and is located across Nandaimon Gate. Its first construction started in the 8th century, but, unfortunately, a huge fire destroyed it. The restoration of Kondo began in 1603.

The hall contains Buddhist statues and its placement inside the hall is a representation of the cosmology of Buddhism. Kondo also houses a wooden statue of Yakushi Buddha, Toji’s main object of worship.

Kodo, the temple’s lecture hall, stands right beside Kondo. The building, which still survives since the 9th century, stands in the center of the district of Toji.

Inside the hall, the arrangement of the Buddhist statues reflects a mandala pattern. Despite the two-dimensional form of mandalas, the Kodo exhibits a three-dimensional version, with the principal Buddha in the center.