For lovers of world culture and anthroplogy, the National Museum of Ethnology is a must-visit when you come to Osaka, Japan. Located in the former grounds of Expo ’70 in Suita, Osaka, the museum exhibits a wide array of objects that represents the diversity of many countries. The displays vary from objects, such as, archaeological artifacts, film, images, music, food, folk crafts, and many other things. Moreover, each floor of the building dedicates a specific purpose. For instance, the first floor is specifically for storage, and the second floor is where you can find several exhibits.

The museum was established in 1974. However, it was only opened to the public in 1977. The museum houses exhibits and thematic display of cultures. For that reason, the museum works with universities to conduct research about the different ethnic groups. In addition, the museum is also one of the largest research institute in Japan. Specifically, around 70 researchers actively work around the place and scholars from around Japan visit and support the studies. 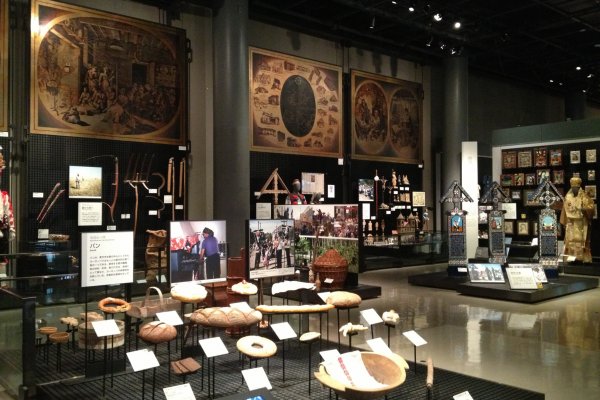 In 1974, the goal to conduct a research about anthropology and ethnology paved the way on the establishment of the museum. In particular, the pioneering researchers collected and exhibited ethnographic data from any country in the world. Through these activities, people can gain a deeper understanding of the different ethnicity and historical facts of a society.

Thus, with that goal in mind, the museum opened its doors to the public on November 1974. In this way, any one can access the available information and widen their knowledge in specific fields.

In 2007, the National Museum of Ethnology celabrated its thirtieth anniversary. Thus, to look back on significant changes in the museum, here is a timeline which shows the museum’s special events.

1935 – The visualization and planning of establishing an ethnological museum of Japan occurred.

1974 – The foundation year of the museum. Initially, the collection of imported artifacts happened only between Papua New Guinea and Japan.

1977 – The completion year of the museum. Additionally, the museum exhibited objects from various continents like Asia, Europe,and Oceania.

1981 – The completion year of the auditorium.

1989 – The establishment of the School of Social and Cultural Studies section in the museum. Furthermore, the Special Exhibition Hall and the library stacks opened its way to the public.

1999 – The establishment year of the Digital Guide and Study Area section of the museum.

2007 – A commemorative ceremony occured to celebrate the 3oth anniversary of the museum.

How to get there:

The museum is roughly a 15-minute walk from Bampaku-kinen-koen Station on the Osaka Monorail. Alternatively, if your point of origin is near the Senri-Chuo Station, you can board a monorail on the Kita-Osaka Kyuko Railway.

For more information about the museum, visit minpaku.ac.jp.